The way of the Monk is a path of harmony between the body and the soul. Through longstanding discipline Monks have transformed their very being into resilient, living weapons which they are able to wield against their enemies with devastating effect.

It is through the Way of the Body that Monks develop the strength and control to perform their devastating physical attacks. Monks use strong, deliberate strikes with their hands, feet and martial weapons that focus vital points on their enemy and exploit weaknesses with crippling power.

But Monks do not rely on technique and muscle alone - they must also develop themselves internally, along the Way of the Soul. By cultivating this bond between their body and soul, Monks are able to manipulate their internal energy known as Chakra. This internal flow of Chakra is held back by a series of six gates, like water behind a sequence of dams. The Monk must learn to open these gates in order to wield their Chakra without limits, releasing it in a torrent of punishing damage, or in the form of powerful defensive and self-healing abilities.

In combat, Monks will constantly generate Chakra as a percentage of the damage they deal. In addition, certain abilities will increase a Monk's Chakra by a certain amount when used.

As a Monk increases their pool of Chakra (represented by a resource bar that fills left to right, 0 to 100), they will open consecutive Chakra gates along the way (represented by segments within the bar) until all 6 gates are open. Some of the Monk's abilities will have a Chakra cost in order to be performed. Others will require a certain Chakra gate to be open and when used will expend all of the Chakra it has taken to open that Chakra gate. 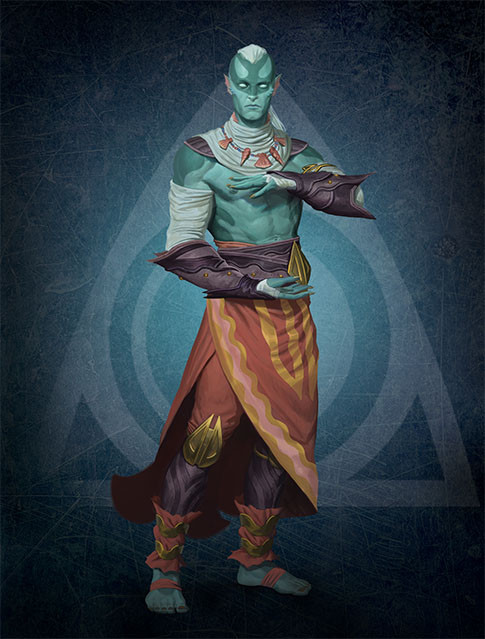