In the shifting sands of this fragile era, Rogues are sought out for the faceless affairs of nations. Yet their allegiance is rarely to a banner or creed, but to themselves. With daggers drawn, the treacherous Rogue is a ruinous force, unraveling their enemies with terrifying speed and efficiency. As melee specialists, Rogues have trained extensively with one-handed weapons, but are most deadly with a dagger in their main hand, plunged deep into the back of their enemy.

While exceptionally skilled with dagger and blade, Rogues avoid combat unless it is on their terms. Masters of subterfuge, they plot their move from the shadows to avoid detection. They will find an opening of opportunity, or rely on their alchemical talents to create one themselves. When the moment arrives, there are few on Terminus who can match the deadly precision of a Rogue's onslaught. And fewer still who can disappear in the wake of such carnage as if they were never there. 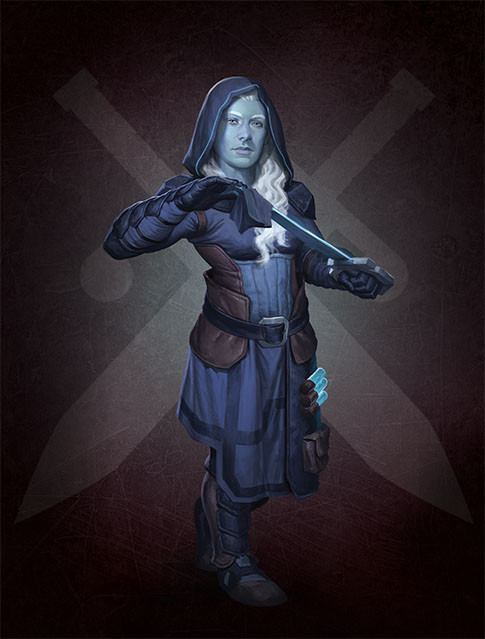