Much more than a soldier or mercenary, the Warrior seems to defy limits of physical strength, ability and resilience. However, she is not content with fortitude alone, but refines her mind as well, becoming a master strategist amidst the mayhem of battle.

Resilience - When all of the Warrior’s armor, natural toughness and magical enhancements have been applied, Resilience is the final layer that sits on top and represents the Warriors skill in leveraging all of these elements in defending themselves. A Warrior with high Resilience who knows how to maintain it in the heat of battle is unrivaled in raw, physical durability. Therefore Resilience is not a resource that Warriors spend; rather, they work to keep it as high as possible during combat, or to build it up again if it breaks down. 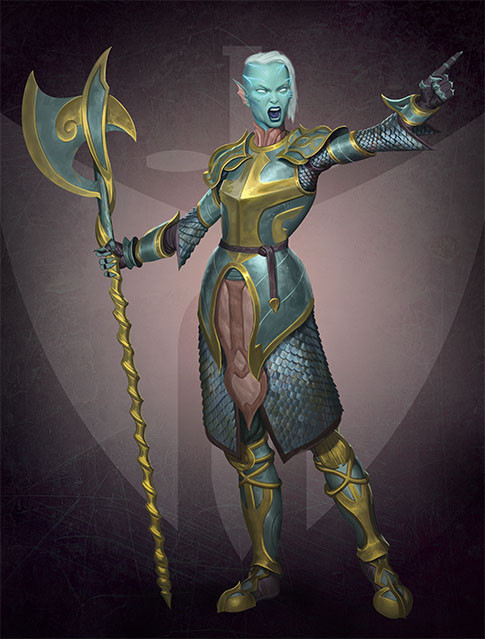