It is the Frail Age of Terminus. After the Deicide War, communion with the Celestials is nearly unheard of. Thus, the Cleric can scarcely rely on their Pantheon directly. Instead, they must bind themselves to the ancient tomes of their Order; the fading vestiges of light from when the Celestials had drawn near.

Clerics have mastered the restorative arts of their Order, allowing them to use a myriad of potent healing abilities. But the Cleric can also dramatically enhance the defenses of their allies through the use of powerful signets, writs and ethereal armors. Imbued with Celestial power, Clerics can perform feats of stunning ability. Indeed, for this very reason certain master Clerics have been mistakenly revered as true Celestials! Because of the Cleric’s affinity to Celestial light, they have evolved the means to turn Undeath and other cursed beings. 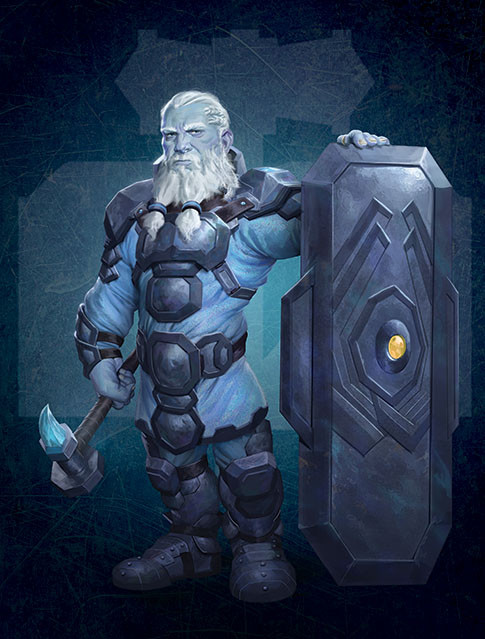